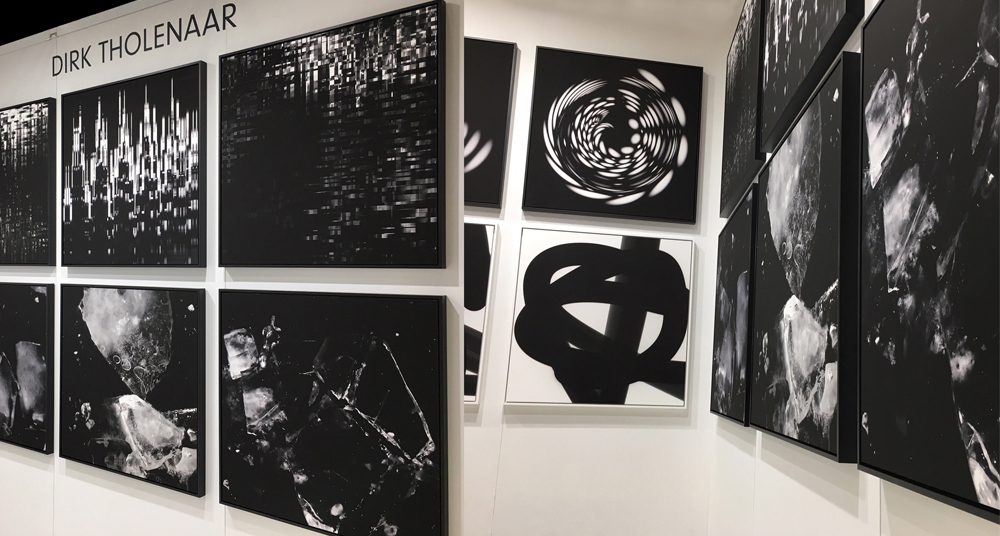 Born in the Netherlands, Dirk Tholenaar is an autodidact photographer-art director, and has worked as a freelance photographer since 1990. He has worked with many publishing companies, including retail chains like EXPO, Paperchase, De Bijenkorf, and more. He has worked in many different contexts and projects, ranging from working for or with Warner Brothers, Gibson, Cartesse, Present Time, Silly, SpaceLab, The Art Group, Soul, Ringel Design, Really Good and ESA (European Space Agency).

Today he is working with the exclusive jewelry brand Gem Kingdom and runs their webshop called Gem Kingdom Shop. He has made many concepts and images for a variety of companies including Lumen Publishing which he co-owned. At the moment he is working on some new visual projects like ceramics and minimal & experimental photography which will be published later this year.

Dirk says: "An interest in image-making was there from the beginning of my work with the camera. I have spent many time on developing "clean" images and designs, for instance, but also very dark and crisp. In my opinion, the camera has an extra eye for creative variations that are infinite. Things also changed when I started working on the Mac. I am collecting music with special art-work and boxes from 4AD, Samadhi Sound, Raster-Noton, 12K, and artists like Rapoon, Vaughan Oliver, O Yuki Conjugate, Chris Bigg and Russell Mills. These sometimes "dark" ambient pieces both music and art-work fascinating me most".

He is now very interested to work on more minimal and experimental photography. He has also spent time on different treatments to any image and analogue & digital printing methods.